“In the End, We’ll Succeed”

Not long ago I took a wilderness trek with an old friend who had been the commander of a Recon company in the army. We were out in the boonies for five days, with no check-ins with civilization. I had never done this kind of thing before and I noticed two things: 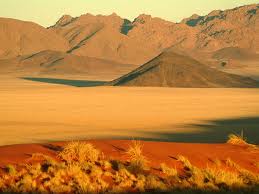 It ain’t so easy, navigating in the boonies

One, my friend was completely confident of our whereabouts at all times.

Two, we were lost at least half the time.

A phrase kept re-appearing in my friend’s conversation: “In the end, we’ll succeed.”

At first I didn’t pick up on this theme, but after the twentieth time or so, I started saying it myself. It was a great mantra, and I think it applies equally well to such diverse enterprises as writing a novel or starting a business or undertaking any long-term, high-aspiration project.

What is a “Recon commander” anyway? As my friend explained it, recon teams or platoons (among many other assignments) guide larger formations across unfamiliar territory. Their job is to go into the unknown and make it known to those who follow. My friend’s vintage is the era before the invention of the GPS or other satellite-based navigational technology. He’s old school. A map. A compass. The sun.

I know from unimpeachable history that my friend is a superb land navigator. But, trust me, when you’re out in the deep boonies with no highways or man-made landmarks within miles, everything starts looking like everything else. My friend taught me about “blind maps”—a map with no place names on it, just topographical features. It’s amazing how hard it is to scan the horizon and say, “Ah, that peak over there is this peak on the map.”

One evening as the sun was setting we couldn’t find our way out of a box canyon. I was starting to freak. My friend was calmly collecting firewood. “In the end we’ll succeed.”

Another day we hiked all morning toward a road that had ceased to exist since the map’s publication. No problem. “In the end we’ll succeed.”

There seemed to be two components to my friend’s principle:

1. Commitment to the ultimate object.

“In the end” meant to him the final goal. What happened along the way was purely anecdotal. There was a goal. That was where we were headed. Nothing would stop us from getting there.

2. Indifference to setbacks along the way.

“In the end we’ll succeed” is the ideal attitude for a long-term project because it helps you take incremental setbacks in stride. We progress not from success to success but from defeat to defeat. We screw up. We miscalculate. The unexpected confounds us. The trick is to remember that the sun will rise in the morning, we’ll be able to see the rocks and the handholds; we’ll climb out of the canyon. We’ll get back on track.

The amateur often fails because he mistakes an incremental setback for ultimate defeat. He gives up halfway to the finish. Trekking through a maze of canyons behind my friend, I could feel panic bubbling up in my brain at certain points. But always my friend’s footsteps continued confidently forward.

I was telling him, over the campfire one night, about John Keats’ concept of “negative capability.” What Keats meant by that phrase was the ability to keep functioning with confidence, even when you don’t know where you are or what you’re doing. Keats of course was talking about writing poetry. How do you progress through the composition of a monumental work like, say, Endymion when at point after point you find yourself lost and dazed and confused?

A thing of beauty is a joy for ever:

Its loveliness increases; it will never

Pass into nothingness; but still will keep

A bower quiet for us, and a sleep

Full of sweet dreams, and health, and quiet breathing.

Therefore, on every morrow, are we wreathing

A flowery band to bind us to the earth,

Spite of despondence, of the inhuman dearth

Of noble natures, of the gloomy days,

Of all the unhealthy and o’er-darkened ways

Made for our searching: yes, in spite of all,

Some shape of beauty moves away the pall

From our dark spirits.

In a way Keats was talking about Recon, only he identified his fixed and guiding principle (as a poet should) as Beauty.

Over the campfire, my friend agreed. “In the end, we’ll succeed.”